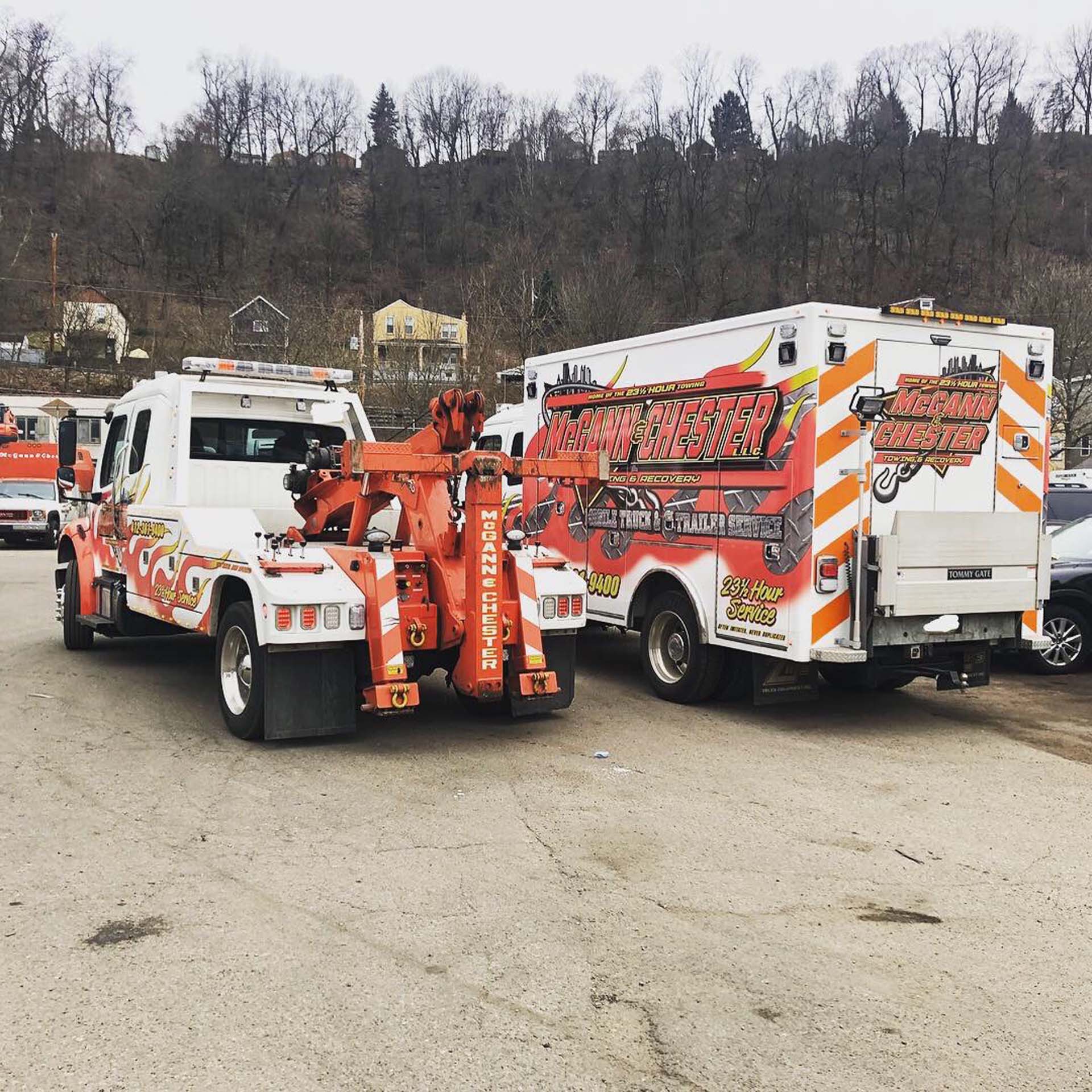 McGann & Chester Towing Service has a tow truck near you! Our Donora towing service is available 24 hours a day, 7 days a week, 365 days a year! Rain or shine, snow or ice, our Donora PA tow trucks are only a quick call away.

For quick towing in Donora, PA, all you need to do is call (412) 381-9400! A member of our in-house dispatch team will immediately answer your call and get the information needed to dispatch a tow truck to your location.

Need a tow truck after an accident in Donora? Our dispatch team will locate and send out the nearest tow truck operator to your location. You will be given accurate ETAs and our team is happy to answer any questions you may have.