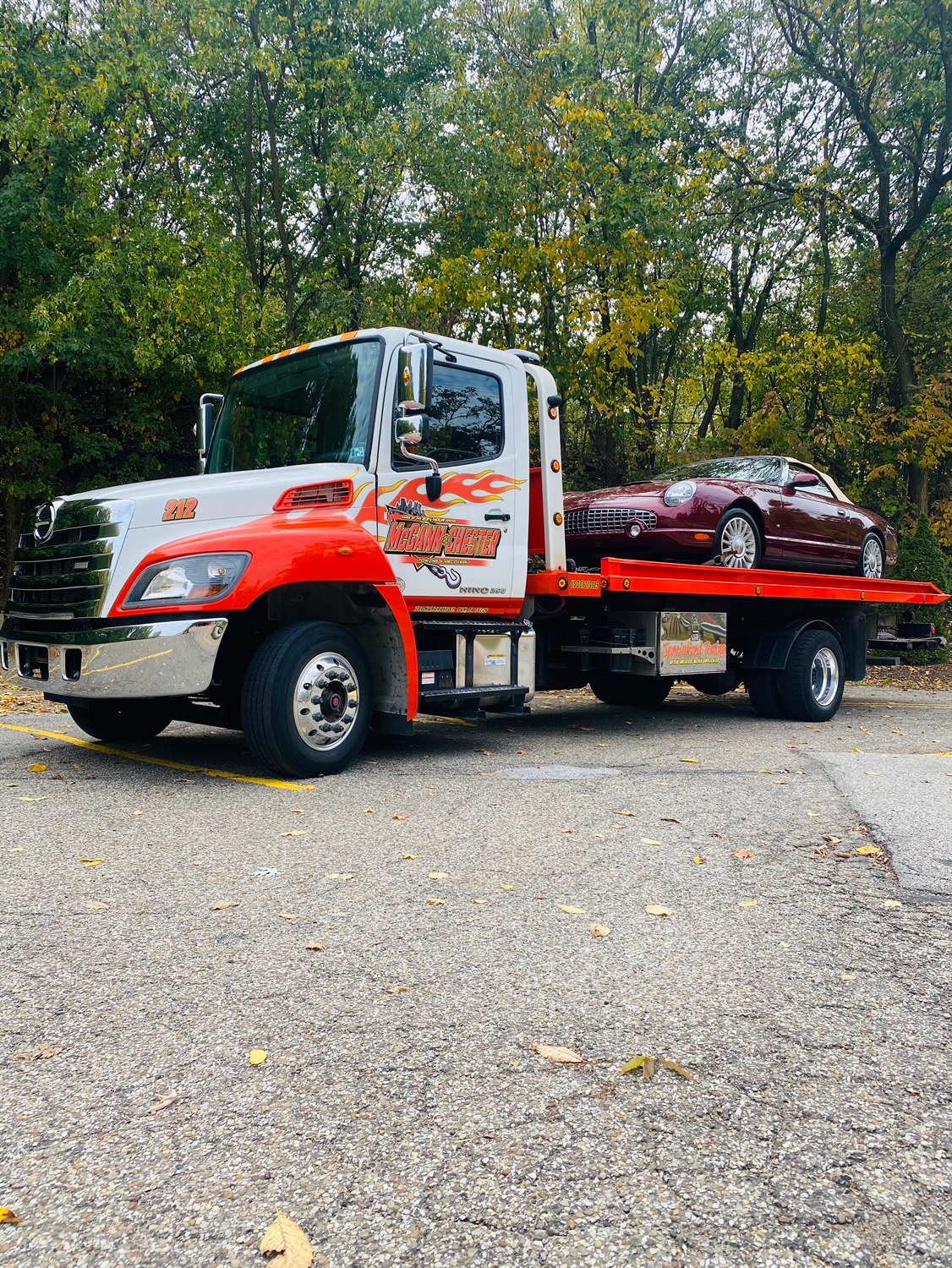 Tow Truck Near Me Burgettstown, PA

Need a tow truck in Burgettstown, PA? For a quick tow, call McGann & Chester Towing Service at (412) 381-9400. We’ve been Burgettstown's trusted towing company ever since we opened our doors in 1989.

For quick towing in Burgettstown, PA, all you need to do is call (412) 381-9400! A member of our in-house dispatch team will immediately answer your call and get the information needed to dispatch a tow truck to your location.

Our Burgettstown towing company services include, but are not limited to:

All of our Burgettstown tow trucks are fitted with wheel-lift technology, ensuring that no damage is made to your vehicle’s frame or body.

Get a Tow Truck in Burgettstown!